WHAT IS HARDNESS TESTING ?

Hardness Testing – The Metals Handbook defines hardness as “Resistance of metal to plastic deformation, usually by indentation. However, the term may also refer to stiffness or temper, or to resistance to scratching, abrasion, or cutting. It is the property of a metal, which gives it the ability to resist being permanently, deformed (bent, broken, or have its shape changed), when a load is applied. The greater the hardness of the metal, the greater resistance it has to deformation.

In metallurgy hardness is defined as the ability of a material to resist plastic deformation.

The dictionary of Metallurgy defines the indentation hardness as the resistance of a material to indentation. This is the usual type of hardness test, in which a pointed or rounded indenter is pressed into a surface under a substantially static load. 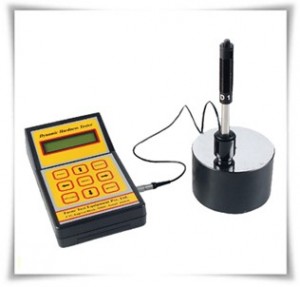